The past perfect: Italian grammar lesson 149

The Past Perfect in Italian: Explained

When it comes to verb tenses, the Italian language is very rich and interesting! To talk about something that happened before another event already in the past, we use the Past Perfect, trapassato prossimo in Italian. Much as its equivalent in English, this tense is basically used to describe a completed action that happened before another completed action. Which is, in short, talking about the past in the past!

Quando sono arrivata, erano già partiti.
When I arrived they had already left. 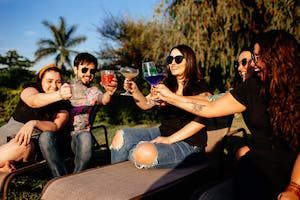 To form the trapassato prossimo, we simply use the imperfetto (imperfect) of avere / essere + the past participle of the conjugated verb.

Have a look at the tables below to see some examples:

*Have you noticed? When we use the verb essere as an auxiliary, the past participle of the conjugated verb agrees in number and gender with the subject performing the action. 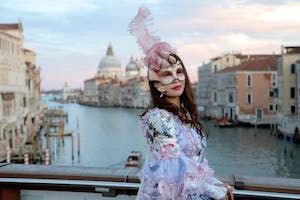 In order to choose when to use essere or avere, the same rules used in passato prossimo apply. As you probably already know, the auxiliary we use is determined by the type of verb we want to conjugate. Usually, the rule to follow is that transitive verbs take avere, and intransitive verbs take essere.

Some verbs can be used both as transitive or intransitive. This means that they can take both essere and avere as an auxiliary, depending on the context. Let’s take finire (to end/finish) as an example:

To practice The past perfect: Italian grammar lesson 149, take lesson
0