5/9 (Sun) EDT 20:00 Free webinar "How to learn Italian fast? Q&A"
Watch
Not a member yet?
Create a free account
Already a member?
Sign in

What do you usually do when you want to start learning a new foreign language? Of course, learn the alphabet!

The Italian alphabet, l’alfabeto italiano, consists of 21 letters. Let’s learn it together!

The Italian alphabet: the basics

The Italian alphabet is a Latin-based alphabet and it consists of:

All of these letters are shared by the English alphabet, but their Italian pronunciation is not the same! Let’s have a look at how to pronounce the Italian alphabet: 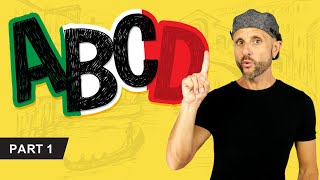 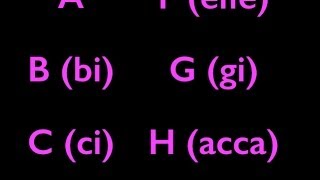 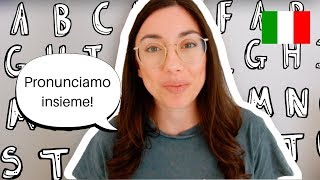 As we mentioned earlier, the official Italian alphabet does not include J, K, W, X and Y, but they still appear in foreign words acquired by the Italian language. However, these letters are not pronounced in the same way either! Have a look: 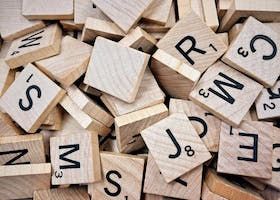 The Italian alphabet: the song

What is the first song you ever learned?

Don’t worry, don’t think too hard, I think I already have the answer… The alphabet song!

Sure, it might not be the coolest song, but it surely is catchy! I still find myself singing it sometimes (especially while writing about the Italian alphabet!).

I can guarantee you will have this tune stuck in your mind for days… Which isn’t bad at all if you want to learn the Italian alphabet. This version even includes the pronunciation of the 5 foreign consonants!

As you probably noticed in written language, certain letters can have accent marks on them. In Italian, we can place an accent mark on all five vowels (a, e, i, o, u).

An accent mark, however, does not really change the pronunciation of the vowel*, but it denotes the stress pattern in a word.

For example, the word città (city) has an accent on the “A” to show that the stress is on the last syllable instead of the second-to-last syllable, which is the normal Italian stress pattern

*A grave accent on the letter e (è) makes its pronunciation more open, while an acute accent (é) only changes the stress of the word. 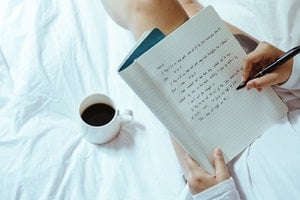 While Italian pronunciation is pretty consistent, some consonants have a particular behavior in some cases. The consonant H is one of them!

H Before a vowel

As we know, the letter H is called acca and it is silent. When it appears in front of a vowel, we skip it altogether and start the pronunciation with the following letter as in hanno (they have).

When there is an H after C and G, however, things get interesting! As you probably noticed, the consonants C and G have a hard and a soft pronunciation. C and G are pronounced like a hard /k/ sound as in “cat” (for C) and /g/ sound, as in “golf,” (for G) when they are followed by the vowels A, O and U, and by consonants (casa – house, crescere – to grow, gatto – cat, grattare – to scratch).

Otherwise, C and G are pronounced softly, like a /ch/ sound and a /j/ sound when they are followed by the vowels I and E (cielo – sky, gemma – gem).

What do we do, then, to have a hard /k/ or /g/ sound with the vowels I and E? Simple, we put an H in between! So we find that CHI, CHE, GHI, GHE retain the hard sound:

However, “G” is pronounced softly like a /j/ sound, as in “judge,” when it’s followed by the vowels “I” and “E.” We hear this pronunciation in words like chiesa – church and ghepardo – cheetah. 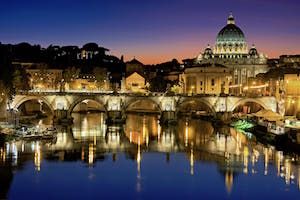 Now that you’ve learned the alphabet, let’s practice it a bit with the names of some Italian cities. Try reading them out loud to practice your pronunciation!

Roma (the capital of Italy!)

N.B. As the foreign letters are only used in foreign words, obviously they do not appear in the name of Italian cities! Here are some foreign words adopted by the Italian vocabulary:

By the way, this list will come in handy when you want to spell a word to someone! 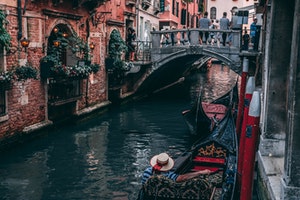 Stefano Lodola (MEng, MBA) is an Italian language teacher, translator, and polyglot. Raised speaking only Italian, he now speaks 12 foreign languages. Author of the course Ripeti Con Me, he has taught 2000 online classes. He has also lectured in polyglot clubs about his method.
More posts about Free Italian lessons
● How to use “cui” in Italian
● What are parole alterate?
● Buono, bravo, bello, bene: Italian grammar lesson 33
● Irregular past tense (passato prossimo): Italian grammar lesson 32
● The Italian experiment: Galileo Galilei
● Study plan templates for the Italian language
Hide ads
Sign up for free 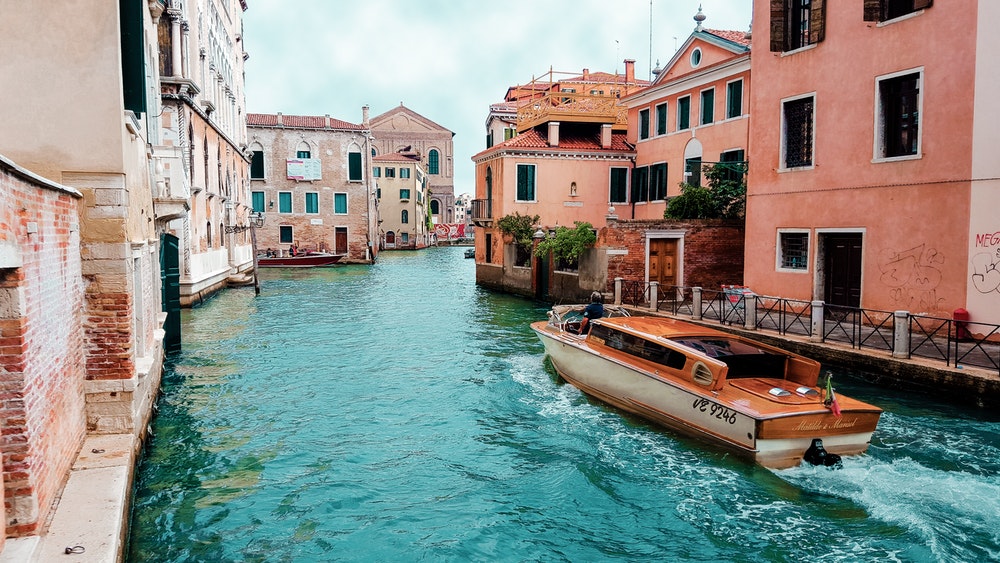 In this post, you’ll find information about how to learn Italian for free. We’ll talk about free Italian audio and video lessons. We’ll teach you the Italian alphabet, how to...
Read more 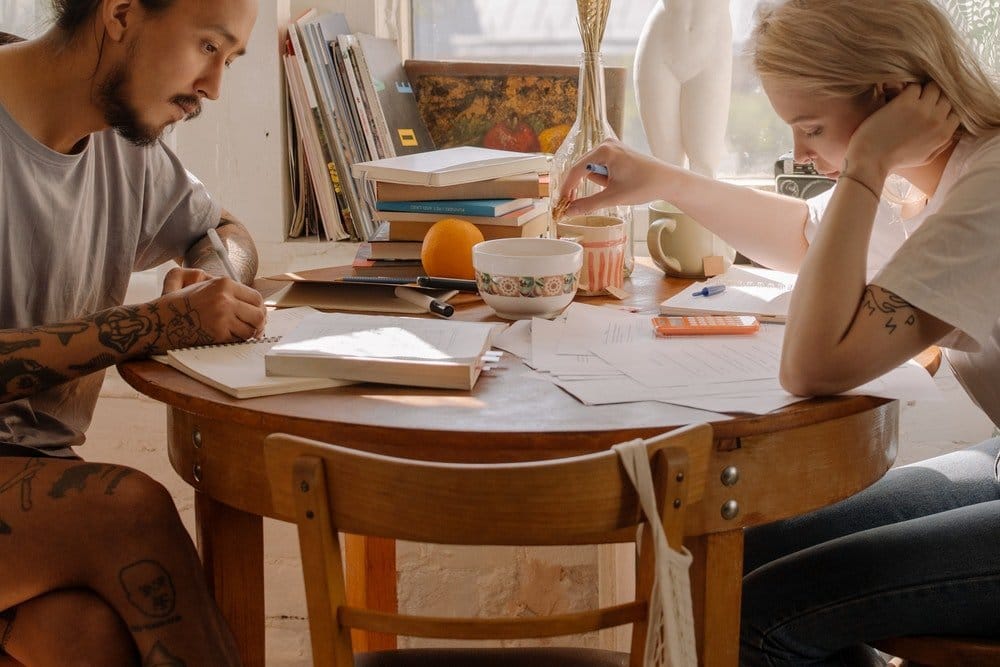 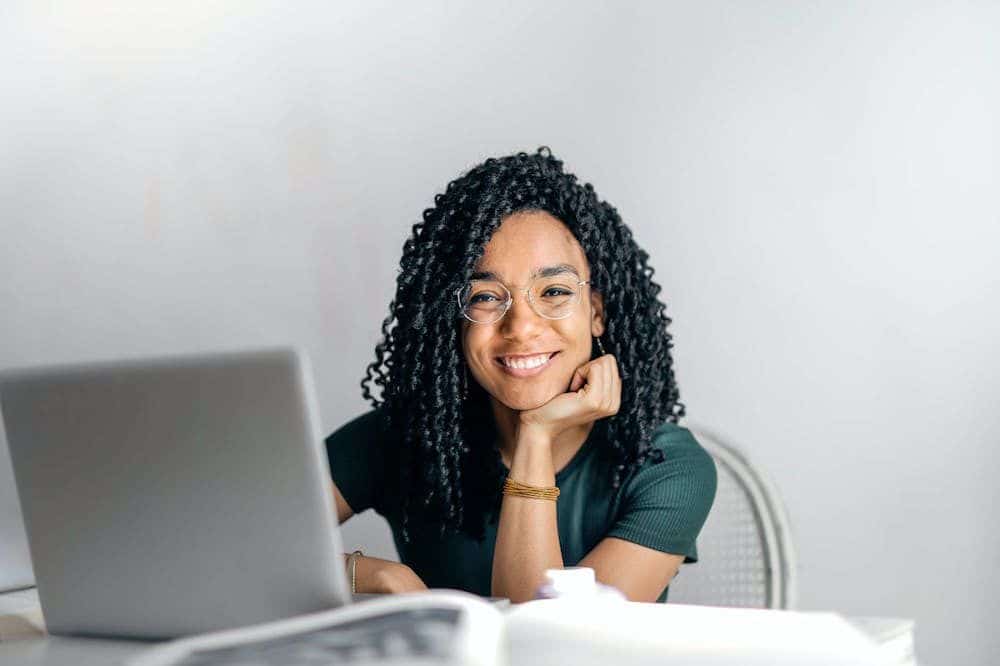 When you learn a language, it is essential to have a good dictionary at hand. As you know, on the Internet you can find a vast range of practically anything,...
Read more