Prepositions – with and from: Italian grammar lesson 180

Prepositions are those short words that let us link ideas. They are very important and easy to remember. Some of them are di, a, da, in, con, su, per, tra, fra (= of, to, from, in, with, on, for, between, in). Sometimes, we find them together with the following articles: il, lo, la, i, gli, and le (they all mean “the” but change depending on the gender and number of what/who they refer to). In today’s lesson, we’re going to focus on two of these prepositions: con and da.

Con has three meanings: with, by means of, and through. As we said earlier, con might be followed by an article. Usually, the article is not linked to the preposition con. However, there are two cases where they appear together: con + il becomes col and con + i becomes coi. This rule is not obligatory, so sometimes people don’t link these two short words. Have a look at the following examples: 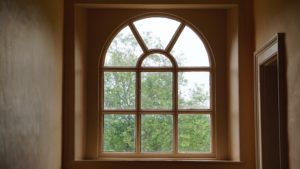 Da has the following meanings: from, from this moment on, around, through, over, and to. Da can stand on its own if it’s not followed by the article meaning “the”. However, unlike con, da is always linked to the articles and this rule is obligatory. Here are the combinations:

And here are some examples:

To practice Prepositions – with and from: Italian grammar lesson 180, take lesson
0

Nothing to do – da + infinitive verb: Italian grammar lesson 182

Any, anything, anyone, anywhere: Italian grammar lesson 181

Where can I send the freebies?