Top 8 Pains of Learning a New Language: how to Learn Fast [with video]

What’s the best way to learn a foreign language? We all study languages at school but usually don’t use the best method to study them.

Does it have to be so hard to learn a language?

It takes a whole life to master our mother tongue – we always have the chance to learn new things and words, correct our mistakes, and improve our speech. With a foreign language, things are even harder and it’s all right. However, there are other factors involved as well:

Here’s a list of troubles that language learners commonly experience during their studies. Below you find a video to discuss each pain.

#1 pain of learning a new language: I don’t know how to study a language!

What’s the best way to learn a foreign language?

We all study languages at school but usually don’t use the best method to study them.

In fact, many don’t know how to study languages effectively.

Some people even believe that you can learn a language while you sleep.

Actually, the point is not how to study it but how to learn it.

That’s the same difference between treating a disease and curing it.

You want to cure it.

You want to learn that language.

#2 pain of learning a new language: I’m embarrassed because I can’t speak!

Many are embarrassed because they can speak they can understand something but they cannot speak.
Well, that’s common and it’s usually not their fault but due to their study method.

It takes time and money to learn a language, as with any other skill.
But it shouldn’t take too much time or too much money.

#4 pain of learning a new language: I’m nervous because I make mistakes!

We are all nervous because we make mistakes all the time.

Well, put up with it. That’s the way we learn.

So, take mistakes as a sign that you are learning.

It’s totally normal to make mistakes and if you set realistic expectations you will not be frustrated.

Diversifying your study material can help. For example, with Italian swear words, just for a laugh.

#5 pain of learning a new language: I fear that it’s too late to start!

Well on the other side it’s never too late to start and learn a language.

It might take a bit longer if you’re older but you can certainly make it.

So it’s never too late to start.

#6 pain of learning a new language: I regret that I don’t have time!

If you have a busy life, you might regret that you don’t have enough time.

However, if you follow a study plan you know where you’re supposed to do and how well you’re doing and you will not be frustrated.

Use this language learning schedule maker to find which plan works best for you.

Many regret that I cannot live or travel to the countries where they speak the language they’re learning.

Well, it certainly helps to be on the spot and communicate with locals, but that’s not necessarily.

Read the inspiring story of Jonty Yamisha, who learned the Kabardian dialect of the Circassian language, his ethnic language, without ever to any country where that language is spoken. He even created his own method to learn languages.

#8 I fear that I’ll forget it after I quit studying!

If you don’t speak a language for a while your level will probably drop, but you never completely forget.

What’s your pain in learning a new language?

Naturally, you cannot – or should not – just say that you weren’t born for this and give up. It could be harder for you, but not impossible. And there are definitely some things you can try to smooth your way a little bit. Here is what you need to do:

Instead of learning chaotically, come up with a strategy: you definitely don’t know all your mother tongue’s words, so you won’t have to learn all the words of the new language. You just need to identify the most common ones and focus on them. For instance, the English language has about 300 words that we use in about 65% of everything we write. Learning them will take you far.

Try to put your practice in writing on a daily basis: there is no secret that handwriting is one of the most effective ways to memorize.

Don’t take the fun out of your learning process: if you just read grammar all day long and listen to plain, school-like conversations, there’s no wonder you are getting bored. Have you thought about watching a movie in that language, without the subtitle? Or listening to music in that foreign language?

How to learn Italian on your own, in the car 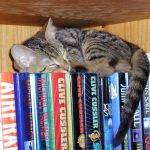 Language self-study books: how to pick a decent one

How to learn Italian fast