Let me show you how to use it to learn those words fast (spoiler: put them into context).

Why learn the 1000 most common Italian words?

Are you trying to learn Italian?

The best way to get started is to memorize the 1000 most common Italian words.

Many language experts will point out that focusing on the most common words in any language is the best investment for your time.

You will rarely use complicated or trivial words in your daily life when speaking with friends, colleagues or family members.

So why not focus on getting familiar with only the words you know you’ll use?

The 1,000 most common Italian words: do they work?

How much can you understand with the top 1000 most common Italian words?

A study revealed that:

If you’re an ambitious learner, you can certainly learn 3,000 of the most common words for 94% comprehension. However, for most of us, we want to optimize for what’s the best return for our time.

Based on this study, it seems that 1,000 most common words is the best bet. The reason is, you have to memorize 3x (or 2,000 more words) to be able to understand only 6.2% of vocabulary in oral speech.

It doesn’t seem very exciting considering how valuable your time is.

In fact, we’ve seen that most Italian learners can get to a comfortable conversation speaking level with less than 1,000 Italian words.

If you listen to Italian music to learn this beautiful language, choose the right Italian songs because some lyrics aren’t exactly what you’d say in real life. 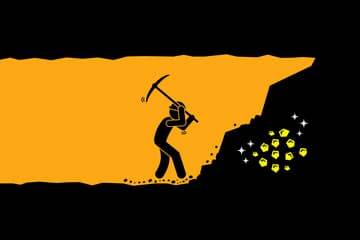 The Italian language is estimated to be made out of a total of 450000 words with the largest Italian dictionary having over 270000 words.

This can seem a really big and frightening number to someone wanting to start learning Italian, but here’s the good news: you only need to know roughly 5% of the total words to be fluent in Italian.

This means that focusing your efforts on learning the most common Italian words you will be fluent in Italian in no time.

What’s even more encouraging is that knowing as little as 100 words helps you understand half of the words in an article or book written in Italian.

Learn the most common 1000 words and you get to a 75% understanding of texts in Italian.

Also, each new word you learn helps you guess the meaning of up to 135 words you have never seen before. 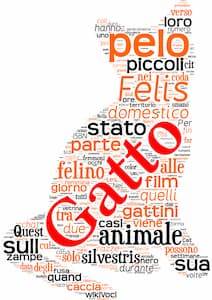 The problem with lists of common Italian words

Now that you know what you can do with 1000 common Italian words, the question is: how to learn these basic Italian words?

These word lists are usually generated from a huge multi-billion sample of language called a corpus which ensures all topics and text types are covered and the word list reflects how words are used by real users.

On the internet, you can find quite a few lists of the most 1000 common Italian words like this, this and this.

However, many are not very useful because they include “function words” like “for, but, when”.

For examples, here are the top 50 words from one of those lists:

Does that help? No.

Even though these words are frequent and useful, they don’t make any sense per se and need a context to be practiced and mastered.

Another reason for not using them is how different forms of the same word are counted.

Some wordlists are not lemmatized.

This means that different forms of the same words are not counted together, i.e. goes, went, gone, going and go. This is generally more practical.

Ironically, one of the largest lists of common Italian words is made from movie subtitles, which are often a translation of foreign movie scripts. Often, they’re not even professionally translated.

So, they don’t reflect the way Italians really speak.

In other words, the top 1000 Italian words are not the same for everyone.

The 1000 most used Italian words depend on who uses them, and on their purpose.

Do you want to chat with friends? Travel? Or watch the news in Italian? These situations require a different vocabulary.

This is what you were looking for: the best list of common Italian words.

The smartest list of the 1000 most common Italian words I’ve found is this.

Judging from the words, I guess they were taken from newspaper articles.

The picture below is a preview. As you can see, the words are arranged according to parts of speech.

Feel free to download it and edit it as you wish.

For my translation, keep reading!

The list of common Italian words I recommend doesn’t come with an English translation, so I translated the words for you.

Open the spreadsheet below to see the list of the top 1000 most frequent Italian words with English translation:

You may also download the file to edit it as you wish.

To download it in a printable PDF format, just tell me where I should send it.

You only need to look at the top of this list of the 1000 most used Italian words.

According to the list above, the most popular Italian word is a noun: cosa.

The word cosa in Italian gets so many colours and flavours according to the context.

In this sentence, cosa doesn’t get any specific meaning besides of the generic ”thing” we’re referring to.

In this sentence cosa is actually used to refer to something which, in this specific context, can be replaced with “food”.

We give for granted that we’re talking of food because of the type of question we do.

This would already be enough to make it to the top 1000 most common Italian words.

Again, the use of cosa, in this context, is referred to as a generic “thing” which could be potentially anything (A star? A spoon? A mouse? A spaceship? A waterfall?).

In this 3rd example, is that we use cosa in the same way you’d say “thingy” when you don’t remember the actual name of an object. “Cosa” is a noun, thus you will need to remember, in this specific 3rd scenario, to also decline it according to what are you referring at/pointing at.

If you’re referring to some specific breed of conigli (means “rabbits”) then you will need to use the plural form of the noun which would be cosi (sounds a little bit rude).

With so many uses, it’s no wonder that it ranks #1 among the top 1000 most common Italian words.

Now that we’ve shown you the benefits of focusing on the common words, let’s go over the methods to memorize them.

Casual learners love making flashcards, either on paper, websites or apps like Anki, Memrise, and Quizlet.

Anki is a digital flashcard creator that’s fairly popular in the language learning community. You can use it to create your own flashcards and its function goes beyond language learning. The user interface is not the most modern, but it gets the job done. Plus, you can use your phone, desktop, or tablet to learn basic Italian words.

Memrise has a more friendly user interface for creating and reading digital flashcards. Our favorite part about Memrise is the ability to leverage the other digital flashcards that other community members have created. For common Italian words, you’ll find several flashcard collections you can choose from.

Here’s an example on how to go through flashcards with Quizlet:

Does that help? Maybe, but it has some serious limits.

The problem with flashcards of common words

Now that you’re about to rush to download an app to memorize the top 1000 Italian words, I’ll spoil the fun.

This point is going to upset a lot of people.

Even though flashcard apps are the hottest thing in language learning right now, I’ll tell you to stop using them.

It doesn’t work, it’s a waste of time, and it’s creating bad patterns in your brain.

Even if your goal is to memorize the 1000 most common Italian words, it won’t help you.

It could be Italian numbers, common Italian phrases, anything.

Learning anything (words, phrases, ideas, whatever) against its translation is creating extra steps in your brain.

I have a feeling that many of you reading this have experienced this frustration. I have experienced it, and it’s horrible. There are few things as frustrating as knowing that you know what something means, but not being able to understand it when you see or hear it.

But the problem is that learning incorrectly is creating a maze that your brain has to run through as it processes every word.

You don’t do that to yourself in English (or whatever your native language), so why are you doing that with a foreign language?

Even if you take nootropics for studying languages to boost brain power, you can still get better results with other methods. 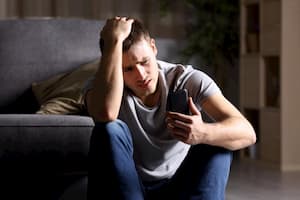 Apps such as Anki, Memrise, and Quizlet focus on traditional single-word flashcard study.

For example, a student of Italian may have a set of flashcards for studying the days of the week, with the basic Italian word on one side and the English translation on the other side.

In contrast, well-designed language courses focus on studying vocabulary in context by prompting the user to fill in the missing word in a sentence or repeating whole sentences.

With context-based flashcards, you’ll learn the meaning of the word, the appropriate situations to use the word, and you’ll also have the chance to learn related vocabulary at the same time.

When presented with vocabulary in rich contexts provided by authentic texts instead of in isolated vocabulary drills, students become more actively engaged in using words, analyzing word meanings, and creating relationships between words.

That’s also the case of the top 1000 Italian words.

This helps develop skills and strategies that will allow them to more easily determine the meaning of unfamiliar words.

A growing number of people have realized that studying in context provides a faster, more enjoyable and more effective method for studying a large amount of vocabulary.

If you’re currently using a single-word study app and are looking for a better way to learn, here’s the best learning resource for the Italian language. 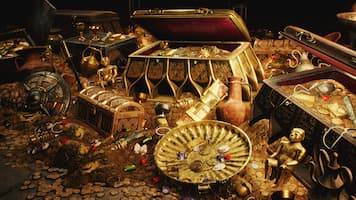 The best way to put words in practice: Ripeti con me!

You don’t have to give up on learning the top 1000 Italian words. You only need a good method!

The best way to acquire words and phrases naturally without relying on translation is with a well-designed set of sentences from conversations in the right order.

A focus on audio over text also helps bypass reading habits based on your native language.

This also makes it possible to learn Italian in the car.

The Italian audio course “Ripeti con me!” covers the 1000 most common Italian words in a set of sentences grouped by grammar patterns.

Those patterns are acquired almost unconsciously, while the very act of speaking bypassing translation will get you to think in Italian.

What’s more, since these are audio lessons, you’ll learn the 1000 most common Italian words with pronunciation.

How To Learn Italian For Travel – Best 100 Phrases

What Are The Numbers In Italian? Easy Counting From 0 to Billions!